After Umar 2’s death, the throne passed to Yazid 2, brother of Sulaiman and third son of Abdul Malik.
Yazid 2 was married to a niece of Hajjaj bin Yusuf. He loved her dearly. After Sulaiman’s accession, Yazid bin Muhallab confiscated her property and persecuted her. Yazid 2 argued with his brother to order bin Muhallab to stop but to no avail. He resolved, if he ever came to power he would cut bin Muhallab into thousand pieces.
Yazid bin Muhallab after hearing about Umar 2’s death bribed the prison guards and fled from Aleppo’s prison. He started his preparation of revolt. From here Yazid 2 sent an army of 80k under Muslimah, who was a Modharite.
Ibn Muhallab died and his brothers and family were killed too. But the consequences were too grave for Umayyads after this event.
This culminated into all-out rivalry between Himayarites and Modharites. The demographics were turning into bloc game. This gave chance to a person named Muhammad ibn Ali to lay claim to the Caliphate from Abbasid.
Hazrat Abbas was an uncle of the Prophet. One of his son Abdullah was an ardent supporter of Ali and Ahl e Bayt. He died with disappointment that he couldn’t do anything. His Ali bin Abdullah, too, didn’t participate in politics.
Whereas Ali bin Abdullah’s son Muhammad bin Ali was an ambitious politician with Machiavellian art.

Muawiyah had married a Bedouin lady of the Keble tribe, who became Yezid’s mother. She didn’t like urban life and went on to live a nomad life with her son. So, Yezid was raised in Bedouin milieu. He acquired such characteristics of Bedouin that were present before Islam. We all know that Bedouins never followed in such strict sense. It is said he was irreligious and loved lavish life. He was bent upon one thing – to keep the throne to himself, no matter what lengths he has to go to. Arab historian al-Fakhri writes, “His reign lasted three year and six months. In the first year he slew al-Hussain, the son of Ali; and in the second year he attacked Madinah and looted it for three days; and in the third year he attacked and burnt the Kaaba.”

The Tragedy of Karbala: 680

Indeed, it was an imprudence on Muawiyah’s part to nominate him in the first place. Muawiyah knew too well the customs and traditions of the Arabs. He also knew that the Prophet himself didn’t nominate anyone. Such a violation of Islamic Caliphate was all more intolerable in view of Yezid’s character and conduct. He knew that at least
four men would challenge Yezid’s ascension; those would be the sons of Abu Bakr, Umar, Ali, and Zubair. Muawiyah also warned him to treat Hussain gently since he was the Prophet’s family. As soon as Yezid took reign, he wrote to Madinah governor to ask them to take oath of fealty to the new caliph. Son of Umar complied but ibn Zubair and Hussain left Madinah for Makkah to avoid it.
The people of Kufa hated their governor Ubaydullah, son of Ziyad bin Sumayya. They sent requests to Hussain to come to Kufa and rid them of the evil Umayyad. They pledged to give their Bayt to Hussain as their caliph. He sent his cousin, Muslim bin Aqil, to Kufa to asses the situation. Muslim wrote to him that Kufa was eagerly waiting and would provide him with 40k troops. Hussain along with his relatives including women and children set out for Kufa. In total, there were 80 people in the caravan. On his way, he heard about Muslim’s death by the hands of the men of Ubaydullah but carried on his march towards Kufa. Just a few miles before Kufa in its North-West side, he was halted due to Ubaydullah’s force. He encamped there; the place was called Karbala.
The army of Ubaydullah cut off Hussain’s water supply. The army numbered 4k and was under the command of Umar bin Sa’ad. For ten days, the battle went on. Hussain’s side fought courageously but they were no match for the army of that size. Hussain wrote to Ubaydullah to allow him either to return to Makkah, or to proceed to the court of Yezid, or to go to Khurasan to fight the enemies of Islam on the frontier. But the merciless King wouldn’t have anything, he wanted complete surrender and submission, which Hussain refuted. On the tenth day, Hussain died as a martyr. His head was cutoff and presented at Ubaydullah’s feet. Hussain died along with all his male relatives except for Ali, his son, later designate Zain-ul-Abideen.
The governor Ubaydullah sent female and child relative of Hussain to Damascus to Yezid, where they were received with honor. After a few days’ stay in Damascus, they were sent to Madinah where they were received with a great outburst of grief and lamentation.

The tragedy rent Islam into two and gave rise to the Shia sect. As Hitti writes, “The blood of Hussain even more than that of his father, proved to be the seed of the Shi’ite Church.”

The citizens of Madinah were grief-stricken over the return of relatives of Hussain. In addition, Makkah was of the same feeling.
Harangued by Abdullah bin Zubair, the citizens showed the signs of revolt.
Yezid on this situation sent a governor for conciliation, who then invited a delegation from Madinah to visit Yezid’s court.
Although the delegation returned with gifts, they told the tales of lavish and prodigious life of Yezid and his love for music ad wine.
This further exasperated the citizens who then drove out few families of Umayyad blood out of Madinah.
Yezid in retaliation sent a force of 12k. The revolt was easily controlled. Army of Yezid entered Madinah and sacked it for 3 days. It was as if not the Arab Muslims, but the Christian Byzantines had won a victory over the Holy City of Islam.

In Makkah, Abdullah bin Zubair had already proclaimed himself a Caliph. the Syrians laid siege to the holy city.
They hurled stones and fire into it, which burnt down a part of Kaaba. The siege lasted for 2 months, but before they could capture it, the news of Yezid’s death reached and induced confusion among the Syrian army.
Syrian commander, ibn Numair offered Abdullah to take the Caliphate, but he refused.
The Syrians returned, leaving Abdullah bin Zubair as a Caliph in Hijaz.

Yezid’s son, Muawiyah 2, was made the Caliph. he was a sickly youth of pious temperament. He abdicated the throne within 3 months of his accession leaving the throne empty and heir-apparent less.
Abdullah bin Zubair, on the other hand, was proclaimed as a Caliph in Hijaz, Basra, Egypt, and finally Kufa. Even half of Syrians favored him.
Had he come to Damascus, the Umayyad would have ceased to exist. But as fate would have it, ibn Zubair remained adamant and Umayyads had a second chance of rising to their zenith as we shall see later. 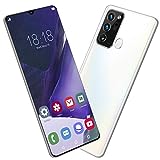 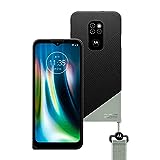 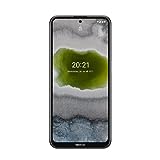