Following notes on Crimes and Punishments in Muslim Law have been taken from Principles of Mahomedan law By D.F Mulla.

When certain primary public rights are violated the wrong is called maa’si’at, that is, crime or offence; and it gives rise to certain substitutory public rights in the form of uq’bat or punishments.

Punishments are divided into two classes : one of which is called hadd (Jo-) and the other taa’zfr.

Hadd means measure, limit, and, in law, it means a punishment, the measure of which has been definitely fixed.

In taa’zir, on the other hand, the Court is allowed discretion both as to the form in which such punishment is to be inflicted and its measure.

Hadd used to be prevalent in Arabia at the time of the promulgation of Islam, and the Muhammadan law, while confirming it as the extreme punishment for certain crimes, has laid down conditions of a stringent nature under which such punishments may be inflicted.

These rules are so strict and inflexible that it must be only in rare cases that the infliction of hadd as of retaliation would be possible, and, in fact, there are only a few instances known in which hadd has been inflicted.

Punishments by way of Hadd

Punishments by way of hadd are of the following forms: Death by stoning, amputation of a limb or limbs, flogging by hundred or eighty strikes. They are prescribed respectively for the following offences: Whoredom, theft, high-way robbery, drunkenness, and slander imputing unchastity.

Limitations and Conditions in Hadd

The principle underlying is that any doubt would be sufficient to prevent the imposition of hadd.

For instance, such doubt may arise from the nature of the authority applicable to the facts of a particular case or from the character of the evidence or from the state of mind of the accused person, that is, his knowledge of the law or facts, or the state of his will at the time of commission of the offence charged against him.

I may mention that the policy of law in connection with this offence is to punish only those offenders who defy public decency and openly flaunt their vices.

Hence it is, that four male eyewitnesses are required for its proof.

Taa’zir may be inflicted for offences against human life and body, property, public peace and tranquility, decency, morals, religion and so on ; in fact the entire criminal law of the Muhammadans (as-siasat ush-shara’i) as prevalent at the present day is based on the principle of taa’zir.

The nature of the sentence to be inflicted by way of taa’zir for particular kinds of offences may be regulated by the head of the State who has absolute discretion in the matter.

The objects of taa’zir are the correction of the offender and the prevention of the recurrence of the crime, and it is left to the discretion of the Magistrate to determine, in view of the circumstances of each case, the sentence by which the objects of the law would best be achieved.

He is to take into account in awarding punishment, the nature of the offence and the circumstances under which it was committed, the previous character and the position in life of the offender and so on.

The range of this form of punishment extends from mere warning to fines, corporal chastisement, imprisonment and transportation. 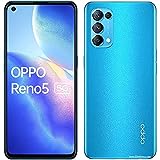 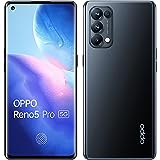