“Destabilization of the balance of the atmospheric composition.

“It is an unstable change in the composition of the environment due to its physical, chemical and biological changes, which is harmful for human life and other animals living on the earth.”

The ultimate cause of pollution is human activity itself. Pollution is a human contribution to nature. Science has evolved technologies and technologies have helped the human welfare. In the process, the pollution has been a part of technology and therefore a part of human miseries.

Pollutants are those substances which alter the natural composition of the atmosphere or destroy it to harmful level.

Secondary pollutants are those pollutants which are not emitted. Rather, they form in the air when primary pollutants react or interact.
These are:
i) Ground level ozone (O3)
ii) Nitrogen dioxide
iii) Peroxyacetyl nitrate (PAN)

Definition:
“The presence of undesirable substances into fresh and natural water which cause harmful diseases in human beings as well as aquatic life is called water pollution.”

In Pakistan people do not take pain to dispose the waste materials in a proper way. Instead of dumping wastes in the drums and places meant for them they freely throw these into the water drains.

Water pollution is very prominent and widespread as a result of urban and industrial activity. Sewage waste from cities and industrial waste are the main factors of water pollution. Many other kinds of wastes which pollute water are from agricultural lands which contain pesticides, waste foods, fertilizers and animal excreta. Wastes from power plants contain radioactive materials, hot water and minerals which also pollute the water. Soaps, detergents, human excreta, animal faeces, wastes from slaughter houses, disease causing micro-organisms from patients and chemicals etc. are drained into water which causes massive water pollution.

1) One of the biggest sources of water pollution is the tanning and leather industry. The industry uses toxic chromium metal and many other toxic substances/chemicals. These toxins are released in natural waters. Effluent of this industry has polluted ground water and water of nearby rivers. This industry is frequent in Kasur and Sialkot area.

2) Pesticide industry in Kala Shah Kaku near Lahore releases huge quantity of acids, pesticides and other dangerous wastes. These wastes are getting entry into a stream flowing nearby. The water of the stream is dangerously polluted. This water ultimately goes to the rivers.

i) Bacteria, viruses, protozoa and worms are carried in polluted water. The diseases caused by them are as under:
a) Bacteria: Typhoid, cholera, Dysentery, enteritis.
b) Viruses: Hepatitis, Polio, Viral enteritis.
c) Protozoa: Amoebic dysentery, diarrhoea.
d) Parasitic worms: Schistostomiasis
ii) It causes death of aquatic animals.
iii) It decreases the fertility of the soil and results in low production.

It is the process of destruction of the forests.

Causes Of Deforestation:
A number of agents are responsible for removal of forests. These are fires. Droughts or animals. The principle agent of deforestation is man himself. Humans are cutting forests to colonize the forest areas or to prepare more agricultural lands or for getting food.

Effects Of Deforestation:
i) Deforestation has many bad effects on human life. With destruction of the forest the process of cleaning of air and production of oxygen is badly affected.
ii) Forests are major agents of evaporation and rainfall. With deforestation rainfall is decreased.
iii) With cutting of forests, pollution is increasing as the hazardous gases are not completely absorbed by plants.
iv) With deforestation carbon dioxide is increasing which is causing global warming.
v) With reduction in area of forest, soil erosion is taking place resulting in floods which destroy crops and human life.
vi) Deforestation has badly damaged wild life and reduced recreation sites. 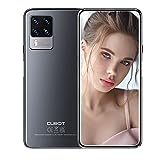 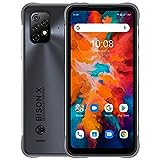