The following notes on the Objectives resolution have been compiled from a variety of resources.

The Objectives Resolution was the first constitutional document that proved to be the ‘foundation’ of the constitutional developments in Pakistan. It provided parameters and sublime principles to the legislators. It made the constitution-making process an easy task setting some particular objectives before them that would be acceptable to the people of Pakistan who had suffered a lot under the Hindu-dominated majority. The Resolution was moved by Liaquat Ali Khan, the then Prime Minister of the Islamic Republic of Pakistan, and approved on March 12, 1949.

The first Constituent Assembly came into existence under the Indian Independence Act 1947. The elections were held in July 1946 to decide the destiny of the All India Muslim League (AIML)’s claim that it is the only representative party of the Indian Muslims that desire a separate homeland, Pakistan. The members from the districts that became part of Pakistan were declared members of the Constituent Assembly. The number of such members was 69. It increased to 79 after 1947 when some states joined Pakistan and then increase in the population. There were two major parties, Muslim League and Congress in the Assembly at that time. This Assembly had dual functions to perform.

Features of the Objectives Resolution

Explanation and Importance of the Objectives Resolution

The Resolution declared the sovereignty of God as the distinctive political philosophy. The Western democracy gives the notion that sovereignty lies in the people but this Resolution is important having the concept of the sovereignty of God. It clarified that people would utilize powers gifted by God so they would have to work within the limits prescribed by Him. The exercise of the powers is a sacred trust. The representatives of the people of Pakistan will manage the affairs under the universal ideology of democracy, freedom, equality, tolerance, and social justice with the spirit of an Islamic framework.

The Resolution pledged to give due respect and rights to the minorities, backward and depressed classes in the benign society of Pakistan. Their rights, interests, religion, and culture were not confuted.

It’s important that the Resolution promised the federating units for due powers, autonomy, and territorial integrity.

Objections by Non-Muslims on the Objectives Resolution

The major objection by the Non-Muslims was that the government was trying to mix religion and politics that were against the spirit of democracy. The non-Muslims objected to the ‘Sovereignty of Allah’ and minorities’ rights, saying it would promote inequality in the society. They were also of the view that Shariah was not adequate for modern time. They feared that it would encourage the religious extremists to work for the establishment of a ‘theocratic state.’

Importance of the Objectives Resolution

The Objectives Resolution is a basic and primary document of the constitutional history of Pakistan. It is a framework that provides a mechanism to achieve goals for a better life for the people of Pakistan. It’s important that it embraces the centrality of Islam to polity sustaining their links with the pre-independence period. The AIML leaders were modernist Muslims not in favor of an orthodox religious state. Therefore, they selected the middle way abiding by the Islamic laws and the international democratic values. The Resolution remained ‘Preamble of all the constitutions due to its importance.

A constitution is a set of basic principles and framework for governance and exercise of political power and legal authority. It clarifies the scope of power, the relationship among various institutions within the government and society. It has precedence over ordinary laws and cannot be changed like ordinary laws. The Government of India Act (1935) was modified and promulgated in the new state of Pakistan. The elected members in the 1946 elections made the first Constituent Assembly that faced grievous circumstances. 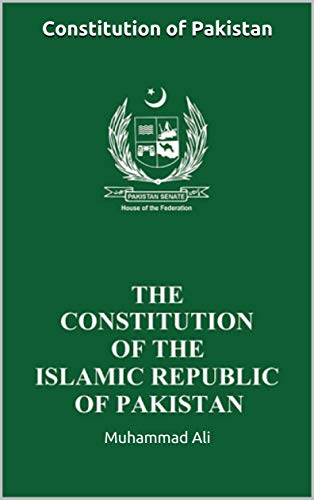 The major issues, the first constituent assembly faced, during the formation of the objective resolution were about:

There was consensus on federalism but yet there were many issues to be settled. The main was that Pakistan consisted of two territorial parts, East Pakistan (with more population, less territory but administratively one unit) and West Pakistan (administratively 4 units). Federalism is meant to accommodate such kind of diversity maintaining the unity of the state or country.

It was the most difficult question that how the power would be divided between the Centre and the Provinces. The heritage of British rule gave the tradition of a Strong Centre. But the provinces were demanding more Autonomy and Provincial Rights.

To have a Standard Formula for the representation of units and population the Constituent Assembly (CA) formed a Basic Principle Committee (BPC) on March 12, 1949. The primary task of this committee was to frame a set of basic principles for the future constitution of Pakistan.

Equal powers were proposed for both Houses. No mention of National Language was made.

BPC presented its final report on 22nd December 1952. According to this report, two Houses of Parliament will enjoy equal status and powers. It proposed equal representation to the East and West wing.
This report also faced reaction in both the wings of Pakistan. The principle of parity was not appreciated in both East Pakistan and Punjab.

Muhammad Ali Bogra immediately after assuming the office of the Prime Minister presented a formula to resolve the deadlock in constitution-making. According to this formula, Pakistan would have a bicameral legislature. In the upper house, there would be EQUAL representation to each of the five units. In lower house population will be represented. In this way,  more representation was given to East Pakistan.
Both wings would have equal strength in joint sessions of the two houses.

It was welcomed in both parts of the country. The principle of parity and representation of the population was appreciated. It also solved the problem of national language by suggesting Urdu and Bengali both as the national language.

One Unit of West Pakistan October 1955

One Unit of West Pakistan was established on 14th October 1955. The provinces of Punjab, Sindh, NWFP, and Baluchistan would be amalgamated into one unit to establish parity between the two parts of the country.

A separate electorate was adopted on the demand of Muslims in 1909 by the British Government. But the minorities did not favor this after independence. Religious elements supported this as a part of heritage.

Pre-independence: Muslim elite all over India adopted Urdu. In 1948 Jinnah declared that Urdu would be the national language but provinces could use their languages.

Opposition against Urdu was there in East Bengal. This became more pronounced after the death of Jinnah as controversies erupted on constitution-making. Language Movement started in East Pakistan in February 1952.

There was a complaint about the anti-Bengali language attitude of the federal government.

The Islamic or Secular State

From the very beginning of the Pakistan Movement, there was an agreement that the state will have a close relationship with Islam. Muslims defined their national identity with reference to Islam and its heritage. Some opposition came from the Congress members of the Constituent Assembly, and a few secularists.

There was a BROAD AGREEMENT that the state will identify itself with Islam. The Constituent Assembly took time to define the precise relationship between the state and Islam.