This article illustrates the Ideology of Pakistan in view of Allama Iqbal. He was a great advocate of a distinctive Muslim Indian identity and Muslim Nationalism.

For complete notes on Pakistan history, you should read out Making of Pakistan by K.K. Aziz and Struggle for Pakistan by I. H. Qureshi

Iqbal turned the idea of a separate homeland for India’s Muslims into a mass movement, drawing intellectuals, professionals, and community leaders into the fold.

Iqbal’s idea of Pakistan was not based on a European model of a nation-state, but on “an acute understanding that political power was essential to the higher ends of establishing God’s law.”

Allama Iqbal was not only a great poet but also he was a prominent philosopher. After the First World War, he took an active part in politics and along with other Muslim leaders endeavored to guide the destiny of the Muslims. In respect of the future of the Muslims, he believed that the Hindus and the Muslims were different communities that could not live together in peace. As early as 1909, he had rejected the idea of common nationhood for the Hindus and Muslims by saying:

“The vision of a common nationhood for India is a beautiful ideal and has a poetic appeal. But looking to the conditions and the unconscious trends of two communities appears incapable of fulfillment.”

Allama Iqbal repudiated European secularism: “The conclusion to which Europe is consequently driven is that religion is a private affair of the individual and has nothing to do with what is called man’s temporal life. Islam does not bifurcate the unity of man into an irreconcilable duality of spirit and matter. In Islam God and the universe, spirit and matter, Church and State, are organic (fundamental, integral part) to each other.”

Declared religion as important for states: “Religion is a power of the utmost importance in the life of individuals as well as States, and . . . that Islam is itself Destiny and will not suffer a destiny.”

Denial of Muslim nationality is synonymous to negating Islam: “The religious ideal of Islam, therefore, is organically related to the social order which it has created. The rejection of the one will eventually involve the rejection of the other.” (Islam needs freedom in Public and Private sphere both).

India is Asia in miniature. Part of her people have cultural affinities with nations of the east, and part with nations in the middle and west of Asia.

Why Indian Nationhood cannot be achieved in the subcontinent?

From 1920 to 1929, Allama Iqbal watched the political development in India very closely and anti-Muslim attitude of Hindus convinced him to believe that the two major communities of the Sub-continent cannot pull on together in an amicable manner. Thus he openly declared that:

“We suspect each other and inwardly aim at dominating each other ……….Perhaps we are unwilling to recognize that each group has a right to free development according to its own cultural traditions.”

“Experience, however, shows that the various caste units and religious units in India have shown no inclination to sink their respective individualities in a larger whole.”

In December 1930, Allama Iqbal presided over the annual session of the Muslim League held at Allahabad. The presidential address delivered by him has become a milestone in the history of the Pakistan Movement because in it he not only traced the individualities of the caste-units and religious units inhabiting the Sub-continent but also for the first time put forward the demand for a separate sovereign Muslim State. He declared:

“India is a continent of human groups belonging to different races, speaking different languages and professing different religions. Their behavior is not at all determined by a common race-consciousness. Even the Hindus do not form a homogeneous group. The principles of European democracy cannot be applicable to India without recognizing the facts of communal groups. The Muslim’s demand for the creation of Muslim India within India is, therefore, perfectly justified……I would like to see the Punjab, North-West Frontier Province, Sindh and Baluchistan amalgamated into a single state. Self-government within the British empire, or without the British Empire, the  formation of a consolidated North-West Indian State appears to me to be the final destiny of the Muslims, at least of North-West India.”

Allama Iqbal claimed that the Muslims were a separate nation in every respect. His own words in this regard were as follows:

“We have a population of seven crore among all nations of the sub-continent, we are the most united. In fact, of all the nations inhabiting the country, Muslims are the only true nation according to the most modern definition of the world.”

In short, the prophecy of Iqbal acted as a spur for the Muslims of India who carved out an independent state Pakistan for themselves, Seventeen years later (Allahabad Address 1930) on 14th August 1947.

Thus Allama Iqbal was a great advocate of the Two-Nation Theory or Ideology of Pakistan. He strongly opposed the concept Of Indian nationalism because he believed that the sub-continent was actually not a country but Asia in miniature. It was inhabited by human groups belonging to different races and professing different religions. Thus on this ground, he demanded a separate nation for the Muslims.

For more notes on the Ideology of Pakistan and Allama Iqbal click here. 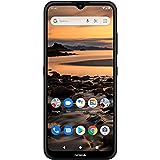 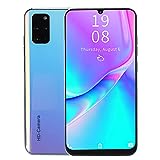 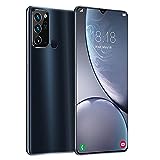