Question: Explain the structural and direct forms of violence against women in Pakistani society by highlighting the case study of Mukhtaran Mai.

Pakistan has been ranked as the third most dangerous place for women to live in the world. Gender-Based Violence (GBV) in Pakistan considers women inferior to men. Illiteracy, ignorance and blind faith provides a fertile ground for the maintenance of the status issues and encourages this extreme form of patriarchal society. This issue is compounded by discriminatory legislation and a dysfunctional justice system.

Structural Form of Violence against Women

In Pakistan, violence against women is an uncanny behavior that transpired to be a ‘norm’ due to the foolish acceptance of centuries-old conservative and feudal mindset. The threat of violence begins prior to birth for females. Social preference for male children is strong in many societies and can result in premature death or killing of female infants—termed female infanticide, a form of direct violence resulting from structural violence. Structural violence against girls and women is also evident in food and health care distribution. According to the WHO, women receive less food and health services than male, particularly in developing countries. Governmental policies by multinational corporations can also contribute to structural violence against women and their families in the area of food production and distribution.

Mukhtaran Mai, a victim of tribal and caste wars in Pakistan has grabbed the attention of leading human rights activists in the US as well as in London. Mukhtaran Mai is a women’s rights activist who fought a historically patriarchal system after surviving a dreadful gang rape in 2002. The case was immediately picked up by the international media and the Punjab government asked the police to take immediate action. On September 2002: The State and Mukhtaran Mai file separate appeals in Lahore high court against the absolution of the eight men set free. Out of this crime and miscarriage of justice, she refused to concede defeat and went on to establish the Mukhtar Mai Women’s Welfare Organization, which supports, educates and empowers women through her local region. Her courage and efforts are acknowledged worldwide and donations are made for her organization.

Direct Form of Violence against Women

The effects of direct violence are visible, mainly the materials, but not all of them: trauma or the emergence of concepts such as ‘enemy’ are serious effects, but they are often not seen as such. Being the most popular and obvious, it is thought that direct is the worst kind of violence, it is easier to identify and therefore to combat. Johan Galtung in “Violence, Peace and Peace Studies”, has reflected “when one husband beats his wife, there is a clear case of personal violence, but when one million husbands keep one million wives in ignorance, there is structural violence”. Cultural and structural violence cause direct violence.

Let’s finish the case of Mukhtaran Mai with a thought-provoking statement of a writer “She’s not a feminist, she’s not an educated person, she does not have any personal politics. Pakistan will remain to be a country in which women will be living like second class citizens. It is not unfortunate to be backward in the progress of a country, but it is unfortunate to be backward in thoughts. If the people of Pakistan try to remove this social illness, things may start to change.” 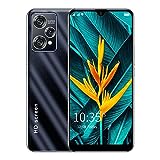 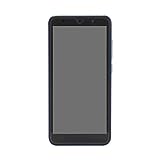 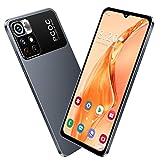