Imad Wasim scored a century off just 73 balls for Pakistan to win the first warm-up match against Kent. Pakistan defeated Kent by 100 runs with significant performances from Fakhar Zaman, Haris Sohail, Imad Wasim, and Hassan Ali. But what grabbed peoples eyeballs was the slogging by Imad the “finisher” that changed the game and helped Pakistan post Humongous total of 358 runs.

When Imad came to bat Pakistan side was struggling. First, he built the partnership with Haris Sohail, Steadied the innings and then provided bang in the death overs.  So now people are wondering if he is the next ABDUL RAZZAQ? Are Pakistan’s Finishing Issues coming to an end? Is Imad Wasim coming of Age? Pakistan side desperately needs a finisher who could finish matches for them.

Imad has got the talent. He once again rose the expectations of the die-hard Pakistan cricket fans by playing such a gem of an innings. If it had been an international match, he would have become a superstar by now but unfortunately for him, it was not. In the past too Imad has played certain great innings that have won the matches for Pakistan. 50 against west indies in the Caribbean, Innings against Sri Lanka and England are the proof of his capabilities.

WHY SUCH AN UNDERACHIEVER?

Despite all his abilities with the bat, Imad Wasim has been an underachiever. There are many reasons for it, One of them is his inconsistency to score big runs and finish the games for Pakistan side. On many occasions, he got the chance to finish the game but he played a rash shot and threw his wicket away. In the last Australia series too when Pakistan was chasing above 250 twice he got the opportunity to chase down the runs for his side but he collapsed under pressure.

If Pakistan has to win the world cup they need Imad Wasim to produce many other such blitz performances and win the games for them. He has the talent, he has done it before here and there can he do it for the next 3 months and win the cup for Pakistan? Are we about to witness the tale of great Imad Wasim the finisher? Only time will tell as we wait for his tale to unfold.

For more articles on Sports visit our page. 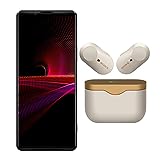 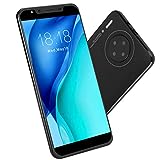 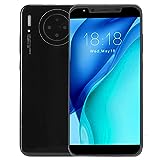