It is said that the conquest of Egypt is a lone achievement of Amr ibn al-As.
Egypt had been a center of civilizations for centuries. The last of them were Romans/Byzantines. A river Nile flew which had made Egypt highly fertile. All the civilizations were built around the river and sustained through it.
Egypt was divided into 2 Christian Churches namely the native Coptic Church (led by Patriarch Benjamin). While the emperor and his dominant church was Orthodox Monothelete.
Hercules had sent Cyrus to be the head of the state and the church. Thus, started persecution of the Coptics.
Amr knew the area well since he had traded here as a Quraishite. He convinced Umar to conquer it. He agreed reluctantly.
But it was not solely due to Amr that Umar agreed to do so. He knew very well that Egypt’s Alexandria port may act an assault site to Arab’s gains by the Byzantines. He also knew that Egypt had highly favorable and fertile lands.

Amr could only muster 4000 men, but even then, he was confident and led them. He easily defeated small uprisings along his way to Babylon.
Babylon was kind of a fortress that protected Misr, one of the most important cities of the Egypt and Arabia.
Cyrus lived in Alexandria but hurried his and Greek army to stop Muslims from advancing further to Alexandria.
After a siege of 8 months, finally Babylon surrendered.
Cyrus ran to Hercules to tell him of the defeat and ask him to further surrender Alexandria, but the emperor wouldn’t have it and exiled Cyrus on treason charges.

The city was defended by 50k soldiers. Its defence walls were high. The death of Hercules, on the other hand, played an instrumental role.
Cyrus was released by Hercules son and sent to Alexandria to negotiate a peace deal. After much negotiations The Treaty of Alexandria was signed. The dwellers would become Dhimmis. The residents did resist over the taxation, but Cyrus told them there was no other way.
The city was handed over in 642 without any resistance. 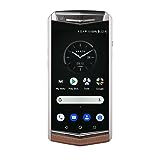 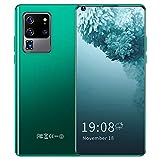 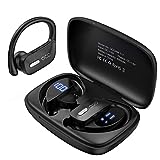