The British government announced the commission for the constitution under the sir john Simon in November 1927. The commission was being sent to investigate constitution problems of India and a make recommendation on the future constitution of India. As the challenge of lord Birkenhead, then secretary of state for India, to produce a constitution acceptation to the various elements in India. All India Muslim league decided to support a subcommittee to confer with the working committee of Indian nation congress, an organization for the proposed of drafting a constitution for India.

Lord Birkenhead. The secretary of state for India speaking on the appointment of the statutory commission in the house of lord threw a challenge politician to produce or agreed constitution for india. The Indian national congress accepted the challenge and in 1928 convened and all parties conference and appointed a sub community to determine the principle.
Pundit motilal Nehru was president of committee sir ali imam and shoaib qureshi represented Muslims. Other parties also had their representatives in the committee.

Recommendations of the committee are known Nehru report. It is an important constitutional document as it exposes the nature of Hindu nationalism.

Separation of sindh from Bombay

NWFP and balochistan to be autonomous province.

India as self government dominion

Residuary power should be vested in center

Separate electorate for minorities should be substituted with adult and universal franchise.

Hindi would be official language

Central government would comprise of a prime minister and ministers appointed by are governor general.

The reservation of seats in Bengal and Punjab was ruled out as proposed by quaid-eazam in Delhi proposal.

Muslims should have 1/3 seats in central legislature.

Residuary powers should rest in provinces not in centre.

Muslims in Bengal and Punjab should be represented on the basis of population for 10 years These proposals were rejected by the congress. Jinnah was greatly disappointed the outcome of the Nehru Report and shortsightedness of congress leadership. He left the connation in utter dismay and in chocked voice; ‘’Now it I the parting of ways to the report was a swift rejection. Form this moment on congress became almost a completely Hindu body.

Though congress accepted the recommendations in Toto but it failed to evoke response from other questions. Sikh Christians and other castes repudiated the recommendation adopted by the report in reference to the protection of minorities. Report clearly rejected federation as a possible solution of the communal problem. The Nehru constitution was firmly based on the principle of unitary government. The supremacy of central laws over provincial laws was recognized in the report. There was no concurrent list of distribution of powers between center and province. The center list of subjects consisted of subject.

Indeed the extremis of hindus exposed in the tractions of league (Jinnah) (shafi) together. Jinnah emerged as a strict muslim leader from his earlier position as an ambassador of hindus muslim unity. Muslims were a separate nation whereas motilal Nehru said, “even microscope would not reveal the existence of minorities in india. 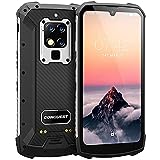 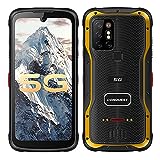 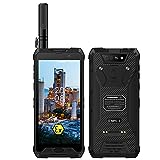