When Pakistan came into being in 1947, it consisted of two wings; East Pakistan and West Pakistan. These two wings were separated by 1000 miles long territory on India. Right from its birth, Pakistan became a focus of Indian conspiracy and aggression. In 1971, the Bengalis revolted against Pakistan with active Indian support. As a result, in December 1971, East Pakistan succeeded in seceding from Pakistan.

Causes Of Separation Of East Pakistan:

a) Role Of Hindu Teachers:

b) Irresponsible Leadership Of Muslim League:

There is no doubt that all-India Muslim League played a very important role in the creation of Pakistan but after the independence Pakistan Muslim League fell victim of party dissention and lack of leadership. After the death of Quaid-e-Azam in 1948 and the assassination of Liaquat Ali Khan in 1951, the political leaders of PML joined race for power and preferred personal interests over national interests. As a result, corruption, bribery, black-marketing and anti-state activities became order of the day. In East Pakistan, PML suffered a crushing defeat at the hands of Awami League.

The economy of East Pakistan depended mainly on the income from tea, jute and rice only. There were no other sourced to boost the provincial revenues. Overpopulation was yet another factor unemployment which led to many other social evils. India exploited this weakness of Bengalis in 1971.

Geographically Pakistan was not a politically compact unit because it consisted of two wings which were separated by 1000 miles distance. With the passage of time, the binding force of Islamic Ideology weakened and regional feelings suffered under Indian influence. The geographical distance between two wings served as a barrier in the way of complete political harmony. In the 1971 Indo-Pak war, this distance prevented military reinforcements to the besieged garrison of East Pakistan.

The culture of Bengalis differed greatly from the Punjabis, Pathans, Sindhis and Balochis. Their food, language and ways of living were distinct from the people of West Pakistan.

g) Delay In Framing Of Constitution:

Unfortunately, after the death of Quaid-e-Azam and Liaquat Ali Khan, Pakistan could not get a sincere leadership like them. To make the things worse Malik Ghulam Mohammad as the second Governor-General set new traditions of palace intrigues and horse-trading in the country. The tussle between the Bengalis and the Punjabis brought the country on the bank of catastrophe. Under these circumstances, the Constituent Assembly of Pakistan could not frame the constitution in time and nine years elapsed in this process. Delay in constitution-making allowed the anti-state elements to prosper at the cost of national unity.

i) Role Of India:

India was instrumental in organizing and supporting the revolt of Bengalis against Pakistan. Indian government provided full military and financial assistance to the guerrillas of Awami League. During the 1971 Indo-Pak war, Indian trained members of Mukti Bahni created many problems for Pakistan army. After creating favourable circumstances India attacked East Pakistan under the pretext of supporting the Bengalis.

After Independence in 1947, Pakistan fell victim of international conspiracy which was masterminded by Jews and Hindu. These anti-Islamic lobbies did not want to see Pakistan to become the citadel of Islam.

In 1971 Awami League won overwhelming majority in general elections. At this stage, Gen. Yahiya Kahn did not hand over powers to Mujib-ur-Rehman and instead launched a military operation in East Pakistan to suppress the Bengalis. Gen. Tika Khan used brutal force to bulldoze the opposition. This oppressive policy created hatred against West Pakistan.

If there was a consistent and tragic pattern during the first 24 years in the Pakistan’s history, it seemed to be that the more the power elite tried to preserve unity of the political system, the more certain did its eventual disintegration became. Among the factors that resulted in the separation of East Pakistan, two precipitous factors were:

a) The reign of terror and killings unleashed by the Pak-Army during March-December 1971.
b) The intervention of the Indian Army in the civil war in December 1971.

All the above-mentioned factors were irreparable for the separation of East Pakistan in December 1971. 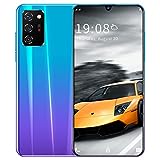 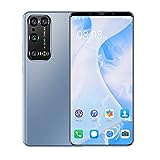 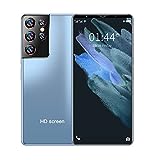