Following notes on Islam as a complete code of Life have been made from Towards Understanding Islam by Sayyid Abul A’la Mawdudi. 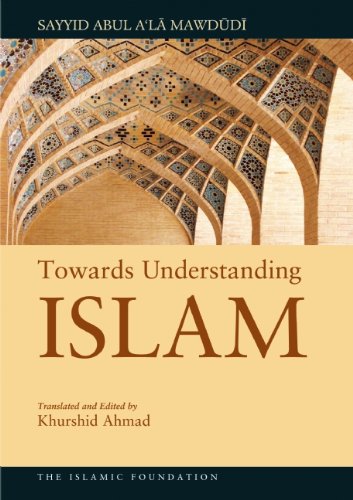 Islam is a complete code of life. Man is created as vicegerent (Khalifah) of God on this earth. All the things of this world have been created for his pleasure and he has been created for praying to God. “Say: ‘Truly, my prayer, my sacrifice, my living and my dying are for Allah, the Lord of the worlds. No partner has He: this am I commanded, and I am the first of those who submit to His Will.” (6:162-163)

Islam means submission to the will of Allah and obedience to his law. A Muslim is a person who submits his will to Allah.

Quran and Hadith are the sources of Shariah. It gives what a man requires to live in this world and to prepare for the world hereafter.

Islam means submission to the will of Allah and obedience to his law. A Muslim is a person who submits his will to Allah.

Islam lays down a definite purpose of this world and the creation of man. Man is the most important creature on this earth.

“For those who believe and work deeds of righteousness is a reward that will never (fail).” (41:8)

“…..Treat with kindness your parents and kindred, and orphans and those in need; speak fair to the people; be steadfast in prayer; and give Zakaah.” (2:83)

“O you who believe! Stand out firmly for Allah, as witness to fair dealing, and let not hatred of others make you swerve to wrong and depart from justice. Be just: and fear Allah. For Allah is well-acquainted with all that you do.” (5:8)

“Give full measure when you measure, and weigh with an even balance. That is the best (way) and best in result.” (17:35)

Sovereignty belongs to Allah, Ruler is only an acting executive,

Islam does not only deal with the religious aspects of human life but with its social, political, and economic aspects also.

It gives what a man requires to live in this world and to prepare for the world hereafter.

The greatness of Islam lies in the fact that while all other religions deal only with spiritual aspects of human life, Islam gives a complete of human life, spiritual as well as temporal. Judaism, Christianity, Hinduism, and Buddhism fail in guiding worldly life. The Jews do not have any code of worldly life. Buddhism and Christianity preach monastic and asceticism which is unnatural and impracticable. The results of monastic and ascetic life were an irresponsible living and a loose character. Hinduism put forward the Caste-system which divided humans into four Castes – Brahmans, Khastriyas, Vaishyas, and Shudras each responsible for particular duties but this bred great inequality, and the lowest caste were treated as untouchables and as having no rights.

Islam rejects monasticism and asceticism as preached by Christianity and Buddhism and declares that this world is a part of the hereafter.

Islam has also presented principles of Equality and Justice, also a living code of manners and morals.

In the Holy Quran, there are hundreds of Instructions for the guidance of human beings in their worldly life also.

The Arabic word Islam means peace, submission and obedience. The religion of Islam is the complete acceptance of the teachings and guidance of Allah as revealed to His Prophet Muhammad (sallallahu alaihi wasallam).

A Muslim is one who believes in Allah and strives (attempts) for a total reorganization of his life according to His revealed guidance and the sayings of His Prophet.

To provide for his spiritual, social, and cultural needs He has raised His prophets from among men and revealed to them the code of life which can guide man’s steps to the right path. This code of life is known as Islam, the religion preached by all the prophets of God. According to the Holy Quran,

“He has ordained for you (O Muhammad) that faith which He commended to Noah and that which he commended to Abraham ,Moses and Jesus saying,”Establish the Faith and be not divided therein”.

Allah Who is the Creator, the Ruler, and the Lord of the entire Universe has created man and provided him with a temporary station in that part of His vast kingdom (cosmos) which is known as the earth. He has endowed man with the faculties of thinking and understanding and has given him the power to distinguish right from wrong. Man has also been invested with freedom of will and choice and the power to use the resources of the world in any manner he likes. In short, man has been given a sort of autonomy while being appointed by God on earth as a successor to the beings that had previously populated it.

If a man follows the course of piety and Godliness (which he is free to choose and follow) he will succeed in this world and in the next, in this world he will live a life of peace and contentment (satisfaction), and in the Hereafter, he will qualify himself for the heaven of eternal bliss, Al-Jannah. And if he chooses to follow the other course i.e. that of Godlessness and evil (which he is equally free to choose and follow) his life will be one of corruption, disruption, and frustration in this world and he will meet colossal (massive) misfortune in the life to come – that abode (house) of pain and misery which is called Jahannam (Hell). 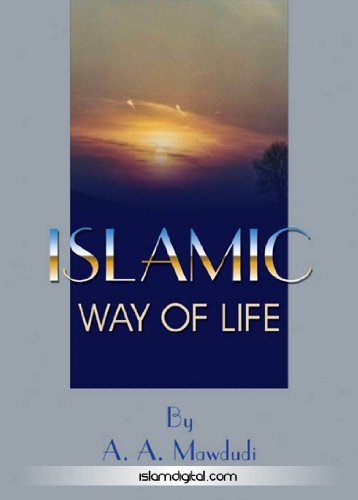 After administering the warning, God set man upon the earth and provided the very first human beings (Adam and Eve) with His Guidance in accordance with which men were to live on the earth. Thus, man’s life on this earth did not begin in utter darkness. The very first man received revealed knowledge from God Himself. He had knowledge of reality and was given the code of life by following which he could live a life of bliss and success. This code of life was Islam, the attitude of complete submission to Allah, the Creator of man and of the whole universe. It was this religion which Adam, the first man passed down to posterity (future generations).

Drift from Islam as complete code of Life

But later generations gradually drifted away from the right path and adopted different erroneous (wrong) paths. Because of negligence, they lost the original teachings, or due to folly or mischief, they adulterated and perverted them. They associated with God innumerable human beings, non-human objects, and imaginary entities (objects) as deities (Gods) and indulged in Shirk (polytheism) of the worst type. They mixed up the pure teachings of God with strange myths, ideas, and philosophies and thus produced a jungle of religions and cults. They discarded the God-given principles of social ethics and collective morality, the Shari’ah, and deprived the human life of peace and tranquility (peacefulness).

Although man departed from the path of truth, disregarded or distorted the Shari’ah, or even rejected the code of Divine guidance, God did not destroy them or force them to take the right course. Forced morality was not in keeping with the autonomy He had given to man. Instead, God appointed certain good people from among the human society itself to guide men to the right path. These men believed in God, and lived a life of obedience to Him. He honored them by His revelations, giving them the knowledge of reality. Known as prophets, blessings and peace be on all of them, they were assigned the task of spreading God’s message among men.

Many thousands of these prophets were raised throughout the ages, in all lands, and in all nations. All of them brought the same message, all of them advocated (promoted) the same way of life, (din), that is, the way which was revealed to man on the first day of his existence.

Lastly, God raised the Prophet Muhammad, blessings and peace be on him, in Arabia to complete the mission of the earlier prophets. The message of Muhammad, blessings, and peace be on him, was for the whole of mankind. He presented anew (again) the teachings of Islam in their pristine (original) form and provided humanity once again with the Divine guidance which had been largely lost. He organized all those who accepted his message into one community (Ummah), charged with living in accordance with the teachings of Islam, with calling humanity to the path of righteousness (honesty), and with establishing the supremacy of the word of God on earth. This guidance is enshrined (preserved) in the Holy Qur’an.